In 1802  Thomas Jefferson struck a deal with the state of Georgia agreeing that in exchange for Georgia’s land claims to its central and northern land claims to Mississippi and Alabama, the U.S. would pay Georgia 1.25 million dollars and send the Indians within Georgia’s borders (Cherokees) to a territory west of the Mississippi River with the stipulation that it should be a peaceful exodus. 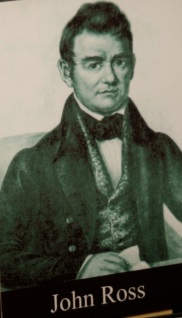